Ever since Namibia's first post-independence elections in 1994, it has never been difficult to predict the ruling Swapo party would win a comfortable two-thirds majority in the National Assembly and that its presidential candidate would perform at a similar level. But as Namibians go to the polls on November 27 to elect a new president and parliament, "a stumbling economy, a surprise presidential candidate, and a major corruption scandal have combined to make these elections Namibia's most competitive yet," writes Graham Hophood for African Arguments. 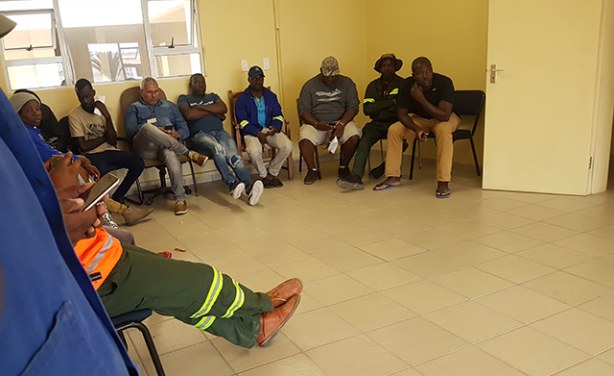 People standing in line at the Erongo Regional office to get their duplicate voter cards.