President Mohamed Farmaajo, the incumbent, has been faced with criticism for failing to address issues like insecurity, lack of a permanent constitution, a broken justice system, poverty and generally weak institutions. They have also united in a common alliance known as the Forum for National Parties, led by former president Sheikh Sharif Ahmed.

In modern times, when Somalia started settling down in 2009, all the three elections held since have returned a new president, becoming the only country in the Horn of Africa not to re-elect a sitting head in the new millennia. 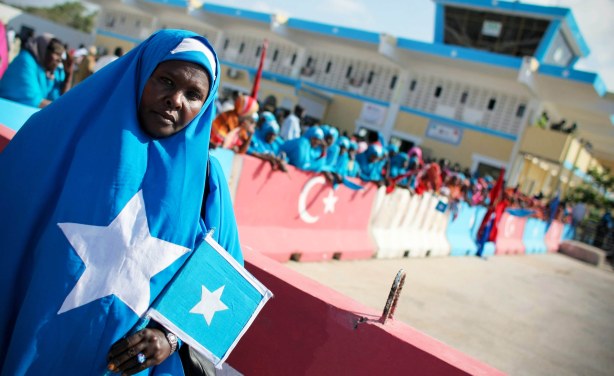 A woman dressed in the colours of the Somali flag.