As a legal case over oil giant Shell's planet-heating emissions kicked off in the Netherlands, activists said the health and livelihoods of people in Nigeria's oil-producing region would hinge on its outcome. In the Niger Delta, community members who said the oil giant's activities had worsened their health for decades were hopeful the multinational might be forced to step up action, reports Thomson Reuters. Seven green groups, including Greenpeace and Friends of the Earth Netherlands, say that Shell is threatening human rights by knowingly undermining international climate goals, as it keeps investing billions in the exploitation of fossil fuels. They're demanding the company reduce its emissions by 45% by 2030. Shell has repeatedly said it supports the goals set out in the 2015 Paris accord to combat climate change and has an aim of reaching net-zero emissions by 2050. 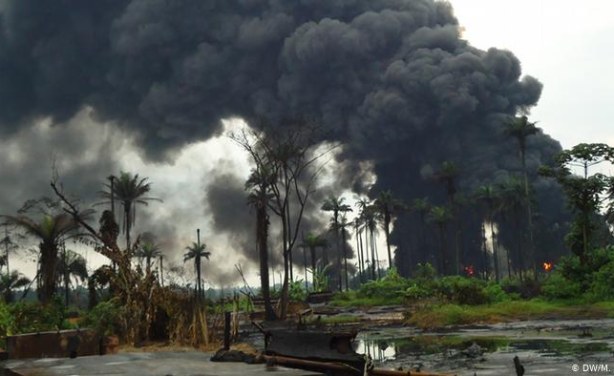 Plumes of smoke in the Niger delta.