With only a few days before the Uganda elections take place, tensions are rising as Ugandan security forces continue to beat and detain members of the press reporting on opposition presidential candidates. Police should stop harassing and attacking journalists, and should ensure that the press can freely cover the country's upcoming elections, the Committee to Protect Journalists has urged. Since December 11, security officers have assaulted at least 10 journalists covering opposition events ahead of the country's January 14 presidential election, and briefly detained at least two members of the press and questioned them about their work, according to media reports. Among those assault are Culton Scovia Nakamya of BBS TV and Derrick Wandera Busoga, One FM reporter Moses Waiswa, BBS Terefayina reporter and anchor Ssesanga Batte, NTV Uganda reporter and camera operator John Cliff Wamala, Bukedde TV reporter David Tamale, Atusingwize Jonan, a reporter with the Pearl of Africa radio station and the online outlet Ghetto Media, and Ronald Mugyenyi, a reporter and cameraperson, also with Ghetto Media, which supports Bobi Wine. 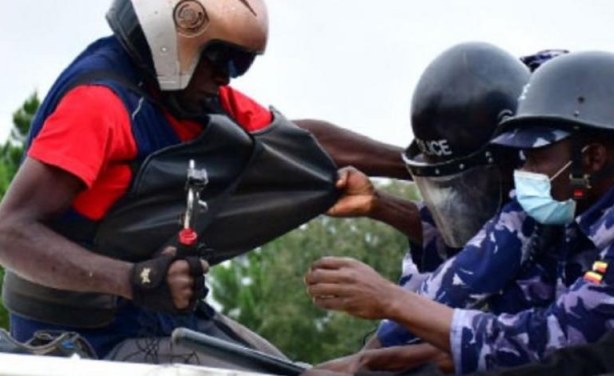