The Ministry of Sports and Youth development has backpedalled on its earlier decision to dissolve the board of the Athletics Federation of Nigeria, AFN, along with 30 other sports federations. On April 30, 2021, the Minister of Sports, Sunday Dare represented by the Director, federation elites and athletes department, Simon Ebohjaiye, announced that the tenure of the National Olympic Sports Federations have come to an end, making it imperative for a transition from the old boards to new ones. Consequently, the ministry set up care-taker committees to oversee the affairs of the 31 dissolved federations with most of the former presidents assigned the new roles of chairpersons, writes David Ngobua for Daily Trust.

The AFN has been embroiled in a leadership tussle for the past four years - between two AFN members, Shehu Ibrahim Gusau and Olamide George. Gusau and George met with representatives of World Athletics and its African confederate, the Confederation of Africa Athletics, CAA, who held both Zoom and physical meetings with them in Abuja.

The clash came after a faction of the AFN, led by Olamide George, pointed to alleged constitutional infractions committed by Shehu Ibrahim Gusau, and his alleged violation of the World Athletics Integrity Code of Conduct, bordering on a conflict of interest. This arose from a payment of a contractual fee by a sports shoe firm, into the bank account of a company allegedly owned by a member of the board, who, together with Gusau negotiated the deal reportedly on behalf of the Federation, writes Duro Ikhazuagbe for This Day. The leadership tussle has also seen Nigerian athletes missing out on crucial meets. Their omission from the list for the World Athletics Relay in Silesia, Poland, taking place on April 26 to May 2, 2021 - a qualifiying event for the Tokyo Olympic Games, raised eyebrows as the decision to participate lay with Gusau. It has now been confirmed that a last minute decision has seen a list of 24 athletes named for the meet, writes Olawale Ayeni for Leadership. The original 2017 constitution adopted at the AFN's Congress in November 16, 2017 was accepted as the operating document for the governance of the federation, after the two-day conflict resolution meetings.

Nigeria's relay team was also refused entry into Poland who were hosting the World Relay Championships on May 1, 2021 in the city of Silesia. While various reasons were given by the "rival boards" of the AFN at the time, the common conclusion is that infighting between AFN officials scuppered their participation. 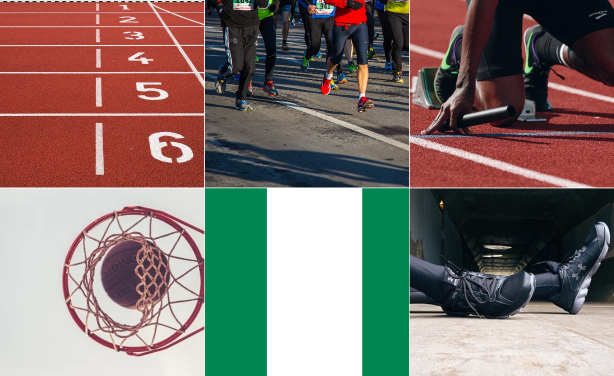