For generations, the tradition of Omabe masquerades has been part of the cultural landscape of the Nsukka area of Enugu State in Nigeria. Masquerades are cultural or religious events that often feature masked dancers embodying various spirits. Omabe masquerades are believed to be representatives of the ancestors of Nsukka. During these festivals, the venerated ancestors are believed to join in the celebrations, by re-emerging from ant holes as different forms of Omabe masquerades. For varying durations, these masquerades, particularly Oriokpa (the traditional police of Omabe), tarry among the living in Nsukka. They are believed to keep watch over the affairs of the people, writes Kingsley Ikechukwu Uwaegbute for The Conversation. 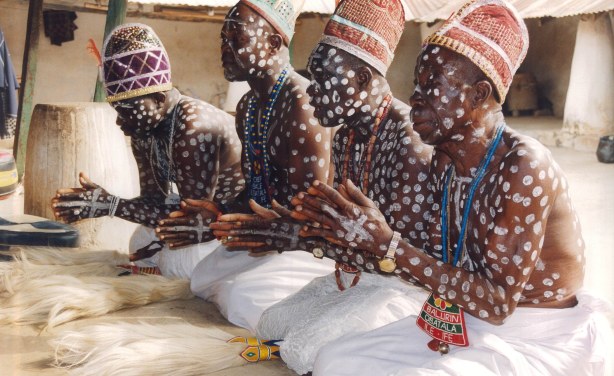 Obatala priests in their temple in Ife.