The African Union (AU) has suspended the membership of the west African country of Mali, following in the footsteps of the Economic Community of West African States (ECOWAS). The AU has threatened Mali with sanctions if power is not returned to the civilian transitional government.

ECOWAS earlier suspended Mali from the bloc's institutions after a second coup by the country's military. "The suspension from ECOWAS takes immediate effect until the deadline of the end of February 2022 when they are supposed to hand over to a democratically elected government," Ghana's Foreign Minister Shirley Ayorkor Botchwey told reporters after talks hosted in Accra by Ghana's President Nana Akufo-Addo. The heads of state also said Mali should ensure that a civilian prime minister is put in place to form the next government in the next few days .

The talks came after Mali's constitutional court named Colonel Assimi Goita as the country's new president. Goita sparked outrage after detaining the country's transitional president and prime minister on Monday May 24, 2021.  Interim president Bah N'daw and prime minister Moctar Ouane were released three days after they were arrested and forced to resign, in the nation's second coup in nine months. French President Emmanuel Macron has threatened to withdraw French troops from Mali in the wake of the latest coup. 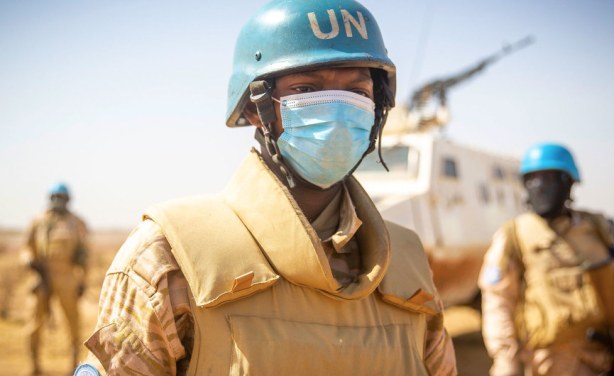 MINUSMA peacekeepers on patrol in Niafounké in Mali.