Kenya's Ogiek community living at Chepkitale in Mt. Elgon Forest has sued the government for evicting them from their ancestral land and gazetting it as the national game reserve. The community says that the government erred by evicting them from the land which they had resided on since 1932 after the colonialists drove them out of their farms in Trans-Nzoia. Through 11 petitioners the community wants the government to de-gazette the national game reserve and also compensate them for loss of property which they incurred during the eviction. The community said that they have rights to their lands as recognised in Article 63(2)(d)(ii) of the Constitution of Kenya. From the year 2000, the community has heightened its grievances after the final part of their land in the native reserve was gazetted as Chepkitale Game Reserve, following the conversion of other parts as Mount Elgon National Park in 1968. 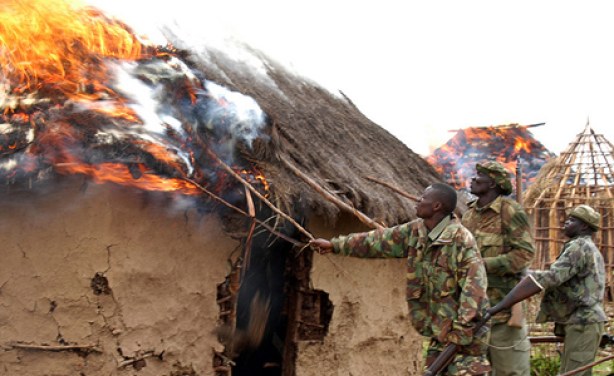