After more than nine months of civil strife in northern Ethiopia's Tigray province, the United Nations finds a society of staggering devastation, of ruined lives and livelihoods. Thousands of people have been killed and two million internally displaced since Ethiopian troops invaded Tigray on November 4 to retake the province from rebel forces.

The UN reports millions of people are suffering from acute hunger, with some 400,000 on the verge of famine. Malnutrition is soaring, putting thousands of children's lives at risk, with 5.2 million people (around 90% of the population) now dependent on humanitarian aid for survival.

Edward Kissi writes for The Conversation Africa that "Africa needs to embrace a new approach that focuses on what countries in an embattled region can do to intervene. This approach should be a moral conversation that explores plausible ways in which a region and its community of people and nation-states can act, collectively, to prevent genocide". 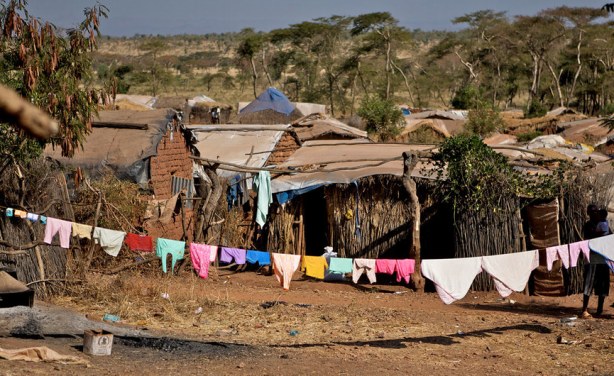 The Shimelba refugee camp in the Tigray region of Ethiopia (file).