The conflict in the Tigray region of Ethiopia, far from over following the federal government's declaration of a ceasefire and Tigrayan fighters' capture of Mekelle, is entering an anxious new phase, writes Michelle Gavin for the Council on Foreign Relations.

The Ethiopian government has accused Tigray forces of expanding the conflict into the neighboring Afar region, the third regional state to be drawn into the conflict. Authorities say this has endangered food aid to some of the 54,000 people who have fled their homes due to the fighting, reports VOA.

According to Addis Standard, parents of university students in Tigray echo concerns over the safety of their loved ones attending schools in the war-torn region. Parents gathered in front of UN headquarters in Addis Ababa and used slogans such as "Universities are closed; where are our children?" 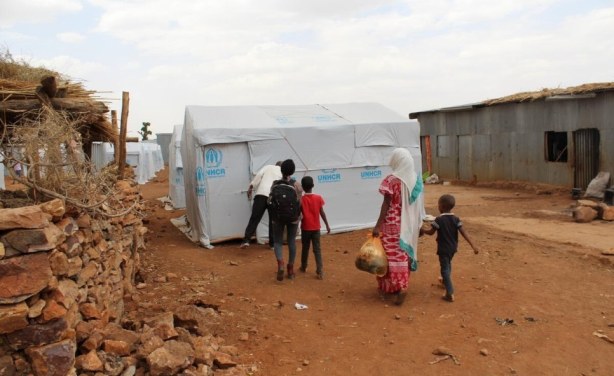 Eritrean refugees arrive in Adi Harush camp, after being relocated from other camps in the north of Ethiopia’s Tigray region that were destroyed in the early months of the conflict.