U.S. film company, Will Packer Productions, and Nigeria's Mo Abudu's EbonyLife Studios have acquired rights to make a movie based on Bloomberg's article about Ramon Abbas, popularly known as Hushpuppi, titled Bloomberg article, The Fall of the Billionaire Gucci Master.

Evan Ratliff, a Bloomberg journalist who covered the cyber fraud case - painted a picture of a boy frustrated by hardship in Nigeria who then built an empire on fraud. Hushpuppi has over 2.5 million followers on Instagram where he built a global following by posting pictures of his lavish spending on cars, watches, designer clothes, and private jets.

Hushpuppi agreed to plead guilty to the multi-million-dollar fraud charges filed against him by the U.S. government. He participated in scams that resulted in losses of U.S.$24 million to the victims. He was arrested in Dubai in June 2020 alongside 12 other people who were part of the scam. The Dubai police later handed them over to the FBI in the U.S., where he was arraigned on charges of conspiracy to launder money,  among others. Despite pleading guilty, Hushpuppi will be making full restitution on the proceeds of his crimes. 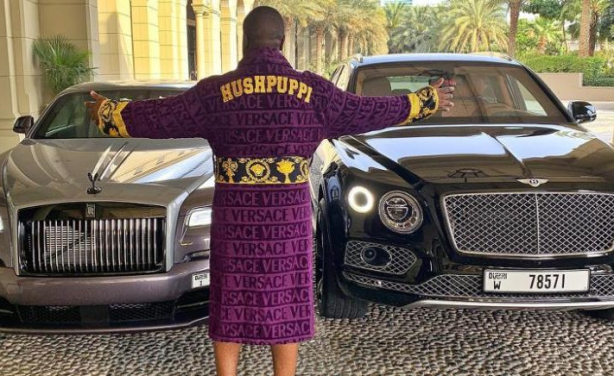