President Samia Suluhu Hassan has been criticised for describing the country's female footballers as having "flat chests" and being unattractive for marriage.

The president made the remarks while hosting the country's U23 men's national team which triumphed at the recent Council for East and Central Africa Football Associations (Cecafa) Challenge Cup in Ethiopia.

The president said that while female footballers were making the East African country proud by winning trophies, some did not stand a chance of getting married because of the way they looked: "If we bring them here and line them up, for those with flat chests, you might think they are men - not women."

Social media users said her remarks are humiliating for women.

Activist Mwanahamisi Singano wrote: Where are the rights of our women? Mama, encourage our African women to excel in what they are good at - especially African women - as we know for so long their female body has been objectified. We have been pushed to fit certain categories of beauty. So it is really sad to hear that the president is uttering those words in a manner that says: If you do not have these qualities, you are not woman enough. You are not attractive," Singano added.

Human Rights Watch has also expressed concern about the president remarks saying such disparaging remarks from the country's leader hurt women in sports and are detrimental to the rights of women and girls in Tanzania. 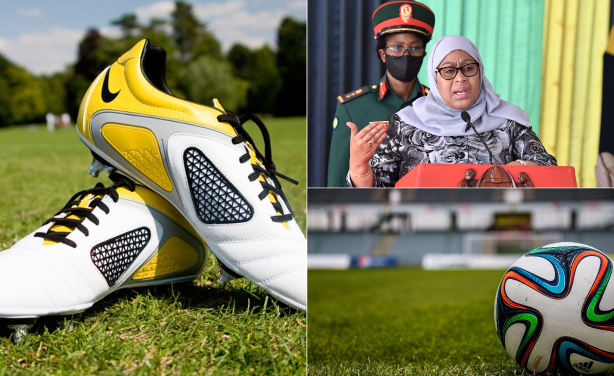