Tanzania's President Samia Suluhu Hassan, the first woman to hold the highest office in the country's history, was born in semi-autonomous Zanzibar on January 27, 1960. She attended school at a time when very few Tanzanian girls were offered the opportunity of an education outside the traditional roles of wife and homemaker. Her education includes an advanced public administration diploma, a postgraduate diploma in economics from Manchester University and an MSc in community economic development.

Her political journey began in 2000, after she was elected as a special seat member of the Zanzibar House of Representatives and was appointed as minister. At the time, she was the only high-ranking female minister in the Cabinet, writes Inekde Mules for Deutsche Welle. After serving two terms, she sought election to the National Assembly in 2010, winning the vote by more than 80%. President Jakaya Kikwete appointed her as the minister of state for union affairs and in 2014, she was elected as the vice chairperson of the Constitutional Assembly tasked with drafting Tanzania's new constitution.

In 2015, President John Magufuli selected Suluhu Hassan as his running mate - a surprise choice over many more prominent members of the ruling Chama Cha Mapinduzi (CCM) party, in an election that they won. On October 28, 2021, the pair won the presidential elections. With the death of President John Magufuli on March 17, 2021, Suluhu Hassan became the country's first woman president. She will serve the balance of Magufuli's second five-year term. 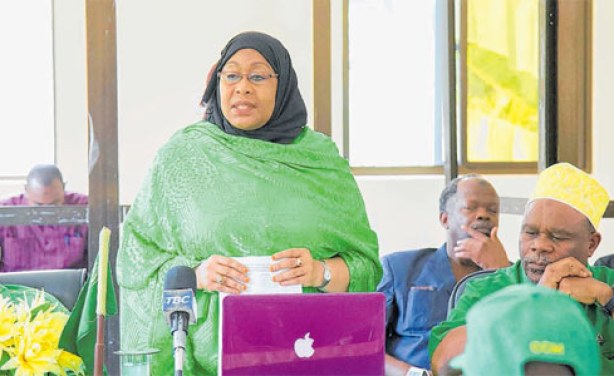