Tropical forests are well known for being the "lungs" of our planet. Through photosynthesis, the trees in these forests produce oxygen and remove enormous amounts of carbon dioxide from the atmosphere, helping to mitigate global warming. The world's most famous tropical forests found on lowlands, like those of the Amazon or Borneo, are celebrated for their ability to store carbon. The Amazon rainforest itself holds up to five years' worth of human carbon emissions in its trees and soil, Aida Cuní Sanchez, Martin Sullivan and Phil Platts write for The Conversation.

However new research shows that tropical mountain forests in Africa actually store as much carbon per hectare as those found in African lowlands - a finding specific to the continent. This is because, although African tropical mountain forests have fewer trees (about 450 per hectare compared to 600 in other continents) than their lowland counterparts, they have a greater abundance of large trees (over 70 cm in diameter), whose increased mass means they hold on to more carbon.

The researchers wonder if this unusual finding was thanks to elephant populations resident in many African tropical mountain regions, who eat and destroy smaller tree stems - creating room for others to grow larger - and also transport nutrients which are limited in mountain soils. 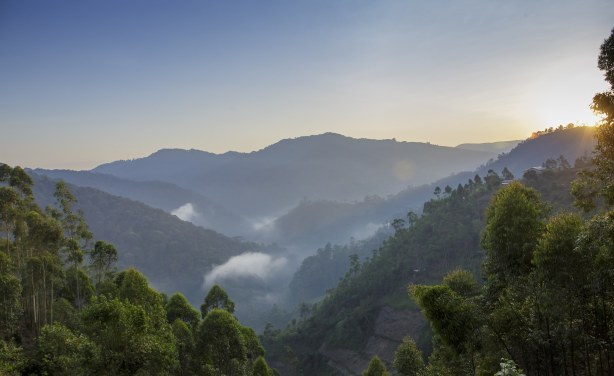