The Synagogue Church of All Nations (SCOAN) has officially named Evelyn, wife of late founder and leader of the church, T.B Joshua, as the new head of the church. In a statement on its Facebook page, SCOAN urged members and followers to pray for Evelyn as she takes on her new role.

The popular televangelist's death on June 5, 2021 was followed by a leadership tussle which led to the eviction of several disciples from the church premises.

Evelyn was married to TB Joshua for 25 years and they have three children.

In September 2014, the guest house of the church collapsed, killing more than 100 people, most of them foreigners who were in Nigeria to attend his services. Authorities said the building collapsed due to structural defects. The legal matter for the victims' families is still unresolved. 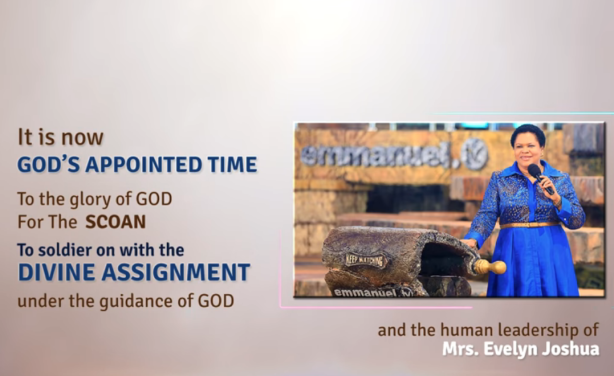 You can rather say - T.B. Joshua's wife, Evelyn takes over the reins at her late husband's church