A meeting to hear the views of a rural Eastern Cape community about a planned toll road through their area deteriorated into a battle between some residents and police, who resorted to using stun grenades, writes Lungi Langa for Daily Maverick.

Plans to better link the KwaZulu-Natal and Eastern Cape provinces via a toll road along the N2 that runs through the Wild Coast continue to sow division among the community of a rural Amadiba village. The provincial government says it is consulting, but others believe it is not making an effort to hear all of those affected.

The meeting came after a long battle between Sanral and some in the community over the construction of the road, which some fear is simply a cover to establish titanium mining into the area. The proposed N2 Toll Road will cut through the Sigidi community.

The toll road project comes after  a protracted land rights saga between Xolobeni residents and mining companies. In 2002, rare minerals were discovered on the Xolobeni coast. Mineral Sand Resources (MSR), a subsidiary of Australian company Mineral Commodities Ltd, applied to mine them. 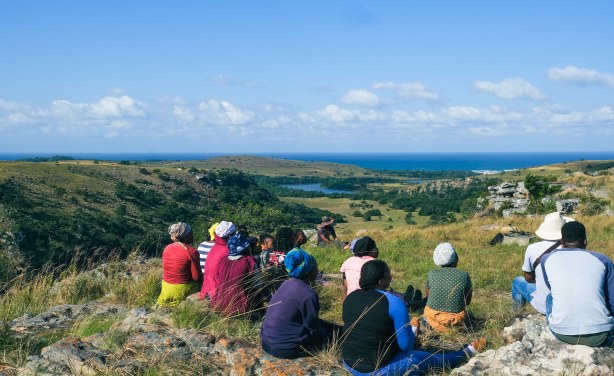 Members of the Amadiba Crisis Committee hold a meeting at the exact site where a bridge for SANRAL’s N2 Toll Road is planned (file photo).