After weeks of gruelling competition and over 12 million votes cast, Berenike 'Berry' Trytsman has been crowned the winner of Idols SA season 17.

The 31-year-old from Cape Town was a second-time entrant. She auditioned eleven years ago and didn't make it.

Berry became an instant millionaire and scored a record deal with Kalawa Jazmee Records. She also walked away with a fantastic prize package: a Renault Kiger valued at over R269 000, R100 000 in Truworths fashion vouchers, a Bachelor of Business Administration bursary valued at over R260 000 from Regenesys Business School and R85 000 worth of musical equipment from Yamaha, as well as a Samsung Galaxy Fold 3 on a Vodacom Red 100GB Plan. 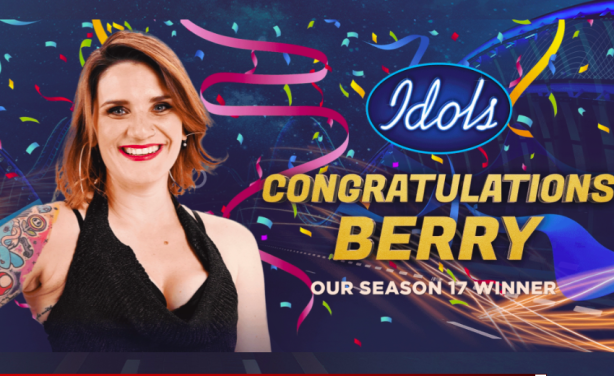