At least 110 people have been killed in an explosion at an illegal oil refining depot in Nigeria's Imo State.

A mass burial is being planned for those killed in the explosion - many of who were burnt beyond recognition.

President Muhammadu Buhari has described the incident as a "catastrophe and a national disaster." In a statement, Buhari offered his condolences to the families of the victims and said those responsible for the explosions must be caught and brought to justice. Buhari also ordered security and intelligence agencies to intensify the clampdown on illegal refineries in the country.

Energy expert Odion Omonfoman said the high rate of poverty and deprivation in the region is the reason many locals are endangering their lives. Experts say unless authorities and communities work together, illegal refineries will continue to put many more lives in danger, writes VOA.

Oil theft and pipeline vandalism have been reported in Nigeria for decades. Authorities say the country loses 150,000 barrels a day or up to U.S.$4 billion a year to these activities.

The police are searching for the owner of the illegal refinery. 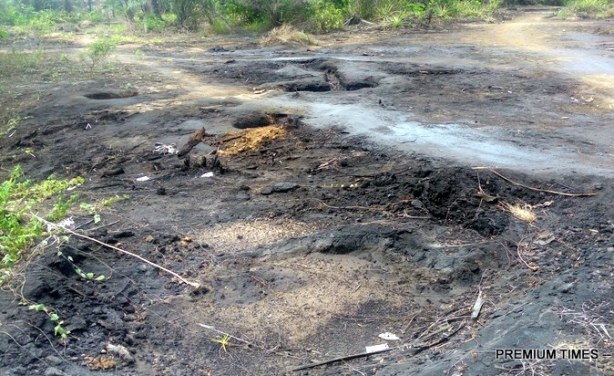