Mali's military junta has announced that it will quit the West African G5 Sahel anti-jihadist force, after it was blocked from assuming the presidency of the regional group.

This declaration deepens its isolation, after regional neighbours imposed sanctions on Bamako in January 2022 because the junta failed to commit to a timeline for a return to civilian rule.

The G5 Sahel, which also includes Mauritania, Chad, Burkina Faso and Niger, was launched in 2014, with an anti-jihadist force added in 2017.

The group's heads of state were supposed to meet in Bamako in February 2022 to see Mali assume the G5 presidency, but nearly four months later, this meeting "has still not taken place", the junta said.

The military initially seized control in August 2020 as the country's decade-long jihadist insurgency inflicted a spiralling death toll and forced hundreds of thousands to flee their homes.

A second de facto coup occurred in May 2021, when Assimi Goita pushed out an interim civilian government and took over the presidency.

The junta has opted for a two-year transition, while the Economic Community of West African States is pushing for a maximum of 16 months. 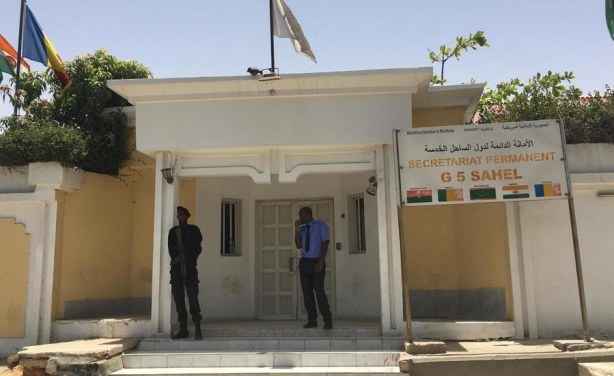 Permanent secretariat of the G5 Sahel in Nouakchott in Mauritania.