What Happens Around the World When Abortion Is Banned?

With the U.S. Supreme Court poised to overturn the landmark Roe v. Wade ruling that legalised abortion nationwide, campaigners for abortion rights from Africa to Latin America are warning of the potentially devastating consequences. They say the conservative-majority court should consider the impact of anti-abortion measures globally - from illegal abortion deaths and women being wrongly jailed over miscarriages in El Salvador to the persecution of abortion rights defenders in Poland.

Christian conservatives and many Republican office holders have long sought to overturn Roe v. Wade, and numerous Republican-led states have passed various abortion restrictions in defiance of the Roe precedent in recent years.

Around the world, abortion is completely banned in 26 countries including El Salvador, Honduras, Egypt, Madagascar, and the Philippines, according to the Center for Reproductive Rights.

Another 50 nations only allow abortion when the woman's health is at risk or in cases of rape or incest, the group says.

More than three-quarters of countries have some kind of legal penalties related to abortion, which can include lengthy prison sentences or hefty fines for people having or assisting with the procedure. 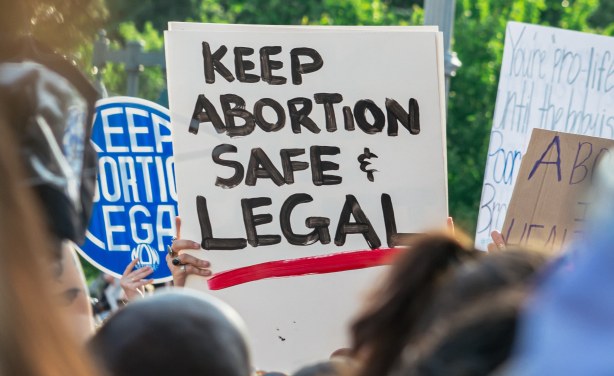 A protest outside the Supreme Court in Washington DC, on May 4, 2022.