British Police Hold On to Ife Head Stolen From Nigeria

British police have continued to hold on to a stolen Nigerian artifact as Nigerian officials and a Belgian antique dealer fail to reach an agreement on its return.

Like some other missing artifacts, the Ife head was stolen from the Jos museum on January 14, 1987. Thieves broke into the museum, severely beat up the guard, and carted away nine of the museum's most precious treasures.

According to a BBC report,  a Belgian antique dealer acquired the artifact on November 14, 2007, at an auction for confiscated art items organized by Belgian authorities. He did not know at that time that the artifact was stolen from Nigeria, especially as it was sold by the Belgian government.

The antique dealer has refused to authorize the transfer of the bronze head back to Nigeria, insisting on being paid but Nigeria insists that she will not pay for what is originally hers.

In 2019, the police took the head to the British Museum, where curators confirmed its authenticity by comparing it with a cast that was made in the late 1940s. Despite confirming its origin, the British police insist they are neutral.

The return of artifacts that were looted in the colonial era has become an increasingly pressing issue for Western nations, with France and Germany taking the lead in the repatriation of Benin Bronzes. Nigeria plans to build a museum in Benin city to house the looted artifacts after they are returned. 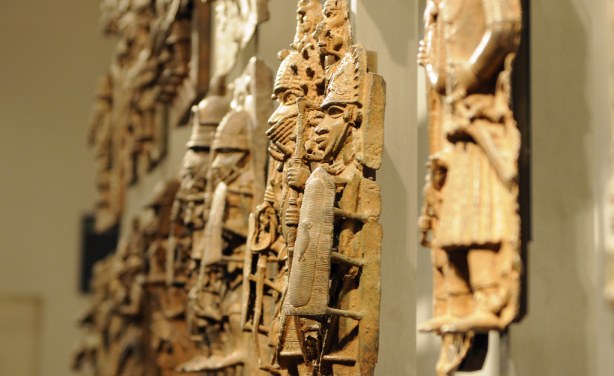