What Is the Significance of Repatriation of Benin Artifacts?

After years of pressure, western countries are finally returning priceless artefacts and artworks  that were looted from from Nigeria during colonial times and put on display in foreign museums.

The "Benin Bronzes" is the name given to thousands of artifacts from the Kingdom of Benin (today's Nigeria). The Benin Bronzes are a group of more than a thousand metal plaques and sculptures that decorated the royal palace of the Kingdom of Benin. Most of them were looted by British forces during the Benin Expedition of 1897. Most European former colonial powers have begun a process in recent years of considering the return of looted artifacts to the former colonies, especially in Africa.

Two British universities - Cambridge University and the University of Aberdeen - recently returned two of the artifacts. And, in mid-October, Germany and Nigeria signed a memorandum of understanding setting out a timetable for the return of around 1,100 sculptures from German museums.

The return of artifacts that were looted in the colonial-era has become an increasingly pressing issue for Western nations, with France and Germany taking the lead in the repatriation of Benin Bronzes. Nigeria plans to build a museum in Benin city to house the looted artifacts after they are returned. 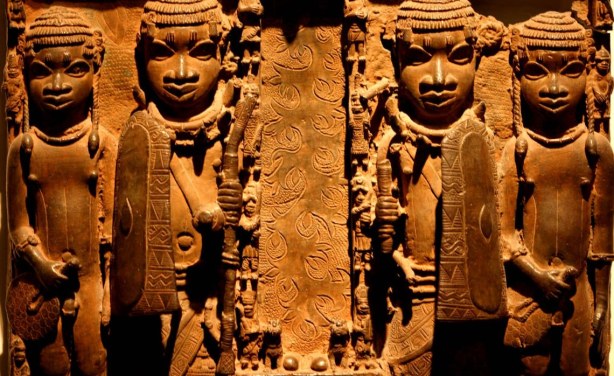 This incredible panel is one of the Benin bronzes looted from the palace of the Oba (file photo).