Justice Catches Up With Gambian Dictatorship

Justice is slowly catching up with those who abused or collaborated with abusers of human rights during the rule of Gambia's former president Yahya Jammeh.

The International Criminal Court in The Hague is gathering evidence with a view to taking a decision on prosecuting Jammeh, while an alleged member of a Gambian hit squad is on trial in Germany charged with taking part in the assassination of Jammeh's opponents - including Deyda Hydara, managing editor of The Point newspaper. In another development in Europe, Swiss authorities are investigating a businessman accused of pillaging 'conflict timber' in the Casamance region.

The country's Truth, Reconciliation and Reparations Commission found that Jammeh and other senior government officials subjected women and girls to a range of sexual violence including rape, sexual assault, sexual harassment and sexual exploitation.

The current Gambian Government has made it clear that Jammeh cannot benefit from the immunity provisions of the Constitution for the crimes he allegedly committed while in power, and it plans to amend the Constitution.

Jammeh is also accused of having stolen millions of dollars from the country's coffers to fund a life of luxury. After leaving office, his assets were frozen by many countries and he went into exile in Equatorial Guinea. 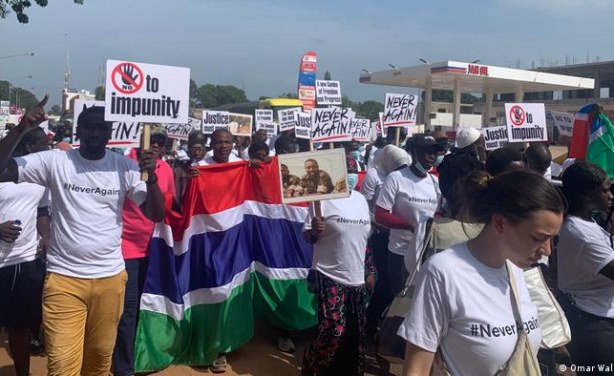