Kinshasa, a city on the Congo River, is home to approximately 15 million people. Many homes are built on flood-prone slopes. The city faces issues of poorly-regulated, rapid urbanisation, which leaves it prone to flash floods.

A major landslide occurred in the hilly district of Mont-Ngafula which blocked the N1 highway.

At a US-Africa summit held in Washington, Congolese President Felix Tshisekedi on December 13, 2022, that climate change was the cause of the deadly floods in Kinshasa.

"The DRC is under pressure but unfortunately it's not sufficiently heard or supported," he told Secretary of State Antony Blinken. 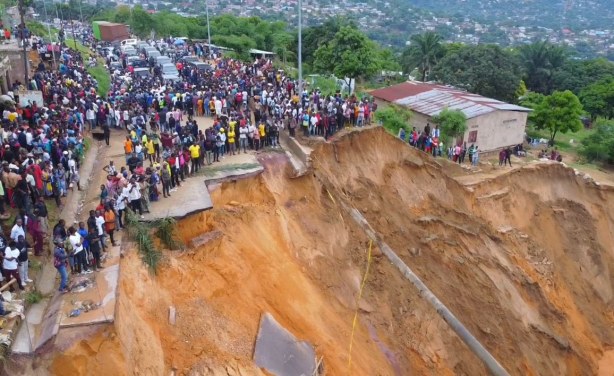 A road destroyed in flooding in Kinshasa, December 13, 2022.