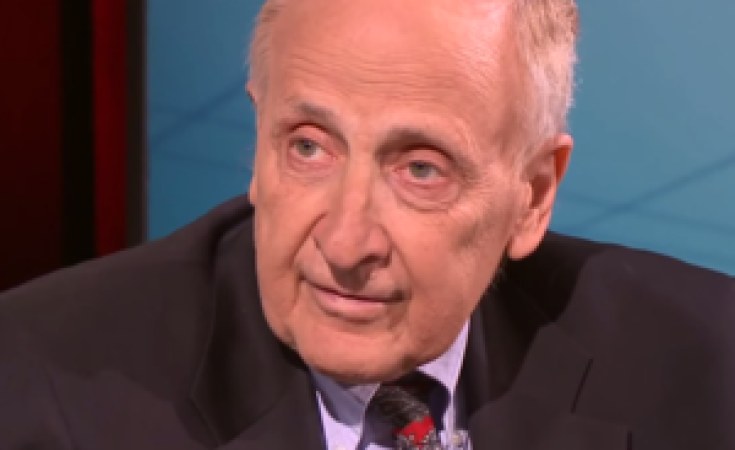 Washington, DC — Writing for AllAfrica, Herman J. Cohen, who served as the top United States diplomat on Africa in the Republican administration of the first President Bush, assesses the likely approach of a Trump administration towards the continent, emphasizing the benefits to U.S business interests of maintaining a number of longstanding policies.

There is already much speculation as to President Donald J. Trump's likely policy toward Africa. During the campaign, the Trump team did not speak very much about foreign policy in general, and said almost nothing about Africa.

What follows is an effort to discern his Africa policy based on extrapolations from some of his general statements.

In terms of international trade, Mr. Trump emphasized his view that some U.S. trading partners are treating this country unfairly, especially in terms of currency manipulation (China), subsidies to exports (South Korea) and underpaying workers (Mexico).

Looking at Africa, the first thing Trump's experts are likely to notice is the African Growth and Opportunity Act (AGOA), the legislation that grants African nations the right to export to the United States virtually anything they produce duty free. The Trump team, with their eye on discrimination, will note that this is a one-way privilege: Africans are not required to import U.S. goods duty-free.

The Trump administration will likely insist on reciprocity from the Africans in bilateral trade. I recommend they refrain from making any changes until the volume of U.S.-Africa trade rises from its still relatively low level.

The Trump campaign talked at length about the U.S. spending too much money helping other countries. Since the early days of African independence in the 1960s, economic development, supported by significant amounts of foreign aid, has been a bedrock of U.S.-Africa policy. Some Trump advisers have characterized aid to African countries as a total waste. The Trump call for "America first" may mean less money spent to help Africa and more money devoted to rebuilding the United States.

On the other hand, since many U.S.-based global companies have been making the case that foreign assistance helps build the infrastructure needed for expanding their markets into Africa, the Trump administration's pro-business approach may mean continuing to provide this aid, which makes up less than  one percent of our overall budget.

Economic aid to Africa has been a key foreign policy element under all modern presidential administrations. Without development aid, the ability of the U.S. to influence African policies on many issues, including voting in the United Nations, military overflight rights, and environmental problems, would be diminished.

The Obama administration has made a concerted effort to support African nations that are fighting "jihadist" terrorism, including Boko Haram in Nigeria, AQIM in the Maghreb and al-Shabab in Somalia. U.S. military advisers and trainers are on the ground throughout the Sahel region, Djibouti and Nigeria. There are intelligence drones in the Republic of Niger. Given Trump's strong rhetoric on terrorism, the Obama policy is likely to be continued.

There are significant U.S. business investments in Africa, especially in oil and other extractive industries. There are also growing investments in manufacturing and the retail sector.

The Trump campaign has said almost nothing about this element, but it seems clear that Trump will do everything to support U.S. investors to make sure they are treated fairly and equitably.

The George H.W. Bush administration of 1989 to 1993 introduced the Congo Basin initiative to protect the great tropical forests and rivers of the two Congo nations, the Central African Republic and Gabon. The program also seeks to protect wildlife in the sub-region.

The project has been a great success through both Republican and Democratic administrations. Trump is very likely to continue supporting this project, despite his campaign rhetoric rejecting the science of global warming.

President George W. Bush started some creative and valued projects in Africa during his two-term presidency from 2001 to 2009, including the PEPFAR program to fight HIV, malaria and tuberculosis, and the Millenium Challenge Corporation (MCC) program designed to give an extra boost to those countries that meet certain economic, social and political criteria.

There is little doubt that PEPFAR will be sustained, but the Trump administration might decide to scrutinize MCC because of budgetary restrictions.

The Trump Administration would do well to maintain these two excellent programs because they are good for American national interests. Under "Power Africa", American investors can make good profits selling electric power to African utilities while also contributing to African development – a win-win situation.

As for agriculture modernization, the more food that Africa produces on its own, the less food the United States will have to send as humanitarian assistance.

Ambassador Cohen is a 38-year veteran of the U.S. diplomatic service who was posted to Africa for much of his career, serving as U.S. ambassador to Senegal and Gambia from 1977 to 1980. He was the senior director for Africa at the White House from 1987-1989 and Assistant Secretary of State for African Affairs from 1989 to 1993 during the administration of President George H. W. Bush. He is author of The Mind of the African Strongman, published in May 2015.

A Message to the Gambia - 'Build that Bridge'

Danger Looms in DRC As Kabila Maneuvers to Remain in Power