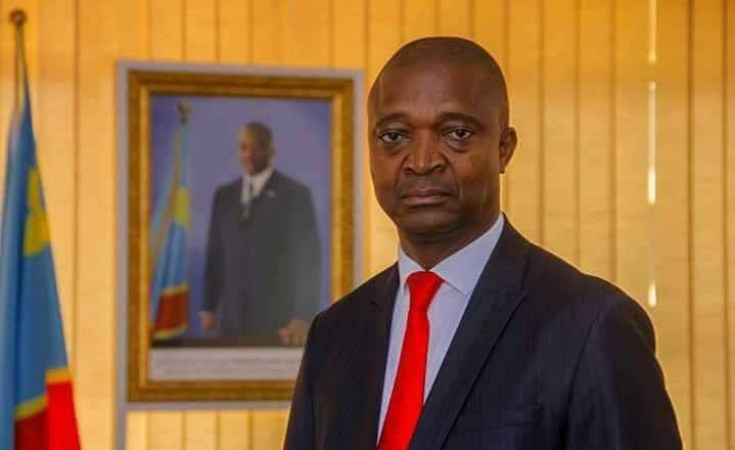 Cape Town — Despite all the lobbying, the European Union has renewed sanctions against the DR Congo's top officials.

These sanctions were first imposed on December 12, 2016, and renewed on March 29, 2017. The sanctions consist of travel bans and asset freezing, and a ban on making funds or economic resources available to, or engaging in transactions with, the  listed individuals and entity. This directly affects President Laurent Kabila's hand-picked successor Emmanuel Ramazani Shadary and 15 other Congolese officials of the ruling party.

President Joseph Kabila is to step down this year after 18 years in power. He came to power after the assassination of his father Lawren Kabila in 2001, and these elections will be the first democratic transition since independence in 1960.

Kinshasa had demanded the sanctions be suspended because of the upcoming election. Shadary had referred to it as "humiliating sanctions" and the government referring to it as "unacceptable interference in the electoral process" of the country.

"There will be [retaliatory] measures, definitely, because we believe those sanctions are politically motivated," Kabila told Reuters.

"We are not talking about expelling anyone but definitely we will have to pay back in kind one way or the other," he said.

The EU has again encouraged the country's authorities to organize free and fair elections, and says it is ready to review these sanctions after the elections.

Ida Sawyer, Central Africa director at Human Rights Watch, said in June that "the sanctions signal that the most serious rights abusers and those delaying elections will have to pay a price, no matter their rank or position".

Kabila had been due to step down at the end of his constitutionally mandated two-term limit on December 19, 2016, but held on to power and repeatedly delayed electing his successor. Now scheduled for December 23, 2018, the current conflict and rights abuse allegations are raising doubts about the credibility of the polls.

Previous Story
Next Story
'Every Time We Try, We Get Killed' - Confronting Torture in the DRC

'Every Time We Try, We Get Killed' - Confronting Torture in the DRC