Monaco and Investisseurs & Partenaires launch an Education Fund for Africa 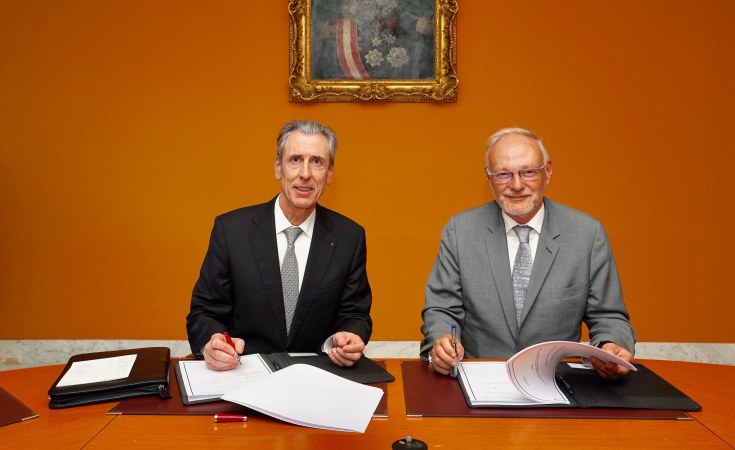 Communication Department / Michael Alesi
In Monaco on January 15, a partnership agreement was signed to create the first impact fund dedicated to education in Africa. On the left: Mr. Gilles Tonelli, Counsellor-Minister of Foreign Affairs and Cooperation On the right: Mr. Jean-Michel Severino, President of Investisseurs & Partenaires
Content from our Premium Partner
35Nord (Paris)
press release

Monaco, January 15, 2019 - Investisseurs & Partenaires (I&P) and the Government of Monaco signed a partnership agreement to create the first impact fund dedicated to education in Africa. Launched by 2020, its objective will be to address the challenges of access, equity, quality and adequacy of education in Africa.

The first impact fund dedicated to education on the African continent

The schooling of the most vulnerable populations and the training of young people represent critical challenges for the African continent. Despite significant progress over the past decade, African education systems face a number of common challenges, such as improving access to education, especially for girls and rural communities, ensuring its quality, and ensuring that the training provided is in line with the needs of local labor markets.

“African governments have only limited resources to solve these problems, and as a result the private sector is increasingly seen as a complementary actor in the education sector” says Jean-Michel Severino, President of Investisseurs & Partenaires. There are still very few private initiatives or funds entirely dedicated to education, especially in the field of impact investing. Through the creation of an impact fund dedicated to education, I&P and the Government of Monaco aim to promote accessible, equitable and quality education in Africa. While 50% of the African population is under the age of 20, and 450 million young people are expected to enter the labour market by 2050, the fund will also aim to promote the employability of African youth by aligning university and professional training more closely with the needs of local employers.

The fund will finance and support private educational institutions or companies in the educational ecosystem that produce goods, services and technologies essential to solving these challenges. Several investment hypotheses are currently being examined regarding the investment sectors and criteria, the geographical scope and the financial instruments that will be used. A feasibility study is currently carried out to determine the opportunities and obstacles related to the creation of an impact vehicle dedicated to education in the African context. Conducted by the Foundation for Studies and Research on International Development (FERDI), the study will provide a better understanding of African educational challenges and identify good practices in education that can be developed and expanded by the private sector.

The project is led by the Government of Monaco and Investisseurs & Partenaires (I&P), two actors with strong roots in Africa who have collaborated on several occasions. The Monegasque Cooperation has notably supported the fund IPDEV 2 in order to support the emergence of small and medium-sized enterprises in its priority countries of intervention (Burkina Faso, Madagascar, Mali, Niger and Senegal).

The Government of Monaco is actively involved in the education sector, which is one of its four priorities in the region, along with health, food security and socio-economic integration. According to Gilles Tonelli, Minister of Foreign Affairs and Cooperation, “education is a weapon of mass construction. Without it, there can be no sustainable development. That is why Monaco invests as much as possible, especially internationally, in the education of children, and in particular girls, in order to break the cycles of poverty and ignorance.”

The partnership between I&P and the Government of Monaco includes three components:  The founding partners have also formed a Strategic Council, composed of six experts from the African and international education sectors to guide the project team. Meeting for the first time in Monaco and chaired by the President of Ferdi Mr Patrick Guillaumont, this Council brings together the following members: Mrs. Stéphanie Cohn-Rupp, General Manager of Tiedemann Wealth Management's impact investing program, Mr. David de Ferranti, President of the R4D Foundation, Mrs. Ramata Ly Bakayoko, Minister for Women, Family and Childhood of the Republic of Côte d'Ivoire (and former Minister of Higher Education and Scientific Research), Mr. Dzingai Mutumbuka, President of the Association for Education Development in Africa and former Minister of Education in Zimbabwe, Mr. Jean-Michel Severino, President of Investisseurs & Partenaires, and Mrs. Martina Viarengo, Professor of International Development at the Graduate Institute of Geneva.

Investisseurs & Partenaires is an impact investing group fully dedicated to small and medium enterprises in Sub-Saharan Africa, with the firm conviction that these enterprises actively contribute to sustainable and inclusive growth on the continent. Since its launch in 2002, I&P has supported about 90 small and medium enterprises based in 16 Sub-Saharan African countries. These companies create local value and sustainable jobs, but also generate significant social, environmental and governance impacts. www.ietp.com