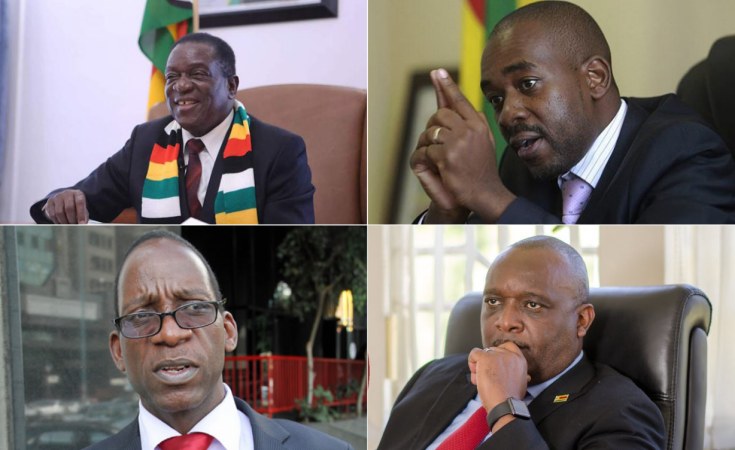 "The President of the Republic of Zimbabwe, His Excellency Cde ED Mnangagwa, is inviting leaders of all political parties who participated in the presidential election of July 30, 2018, to a meeting to discuss a framework for dialogue and interaction," Chief Secretary to the President and Cabinet, Misheck Sibanda, said in a letter addressed to political leaders.

Manyika, however, says genuine dialogue could only take place when political prisoners have been released and the military called off the streets.

"It can only take place if, as the president promised upon his return from his overseas trip, the heads of those who have been responsible for brutalizing citizens roll," Manyika said.

Nelson Chamisa, who heads the main opposition Movement for Democratic Change party is yet to pronounce his position on the invitation extended by the incumbent.

"Dialogue not games. We've a political crisis arising out of a disputed and rigged Presidential election result in Zimbabwe.The Presidency is disputed. We need genuine dialogue under a credible Convener and mediator to solve this crisis. Stop citizens abuses, beatings and arrests," Chamisa tweeted.

The MDC believes Zimbabwe is reverting to the authoritarian rule that characterised the regime of long-time leader Mugabe and says the election that confirmed Mnangagwa as president in July was rigged, an allegation the judiciary rejected.

Zimbabwe's economy has been in a slump for more than a decade, suffering cash shortages, high unemployment and recently a wave of rising prices of basic goods and shortages of crucial commodities such as bread and cooking oil.

Mnangagwa's announcement of a steep increase in the fuel price in January led to angry protests in the capital, Harare, and the south-western city of Bulawayo. The demonstration was characterised rampant looting with some shops and public transport vehicles torched around the country.

The government has since set up a special fund to assist businesses and communities affected by the violent protests.

The meeting which will take place in Mnangagwa's office on February 7, according to a memo from Secretary to Cabinet Misheck Sibanda, would be the first meeting between Mnangagwa and his opponents since he took power from former president Robert Mugabe in November 2017.