Anti-government activists in Zimbabwe have called for a second, and this time five-day, shutdown protest beginning on Monday, prompting the administration to warn that "we will not hesitate to enforce the law". President Emmerson Mnangagwa, who has been on a trip in Europe, announced he will return home without going to the World Economic Forum summit in Davos. 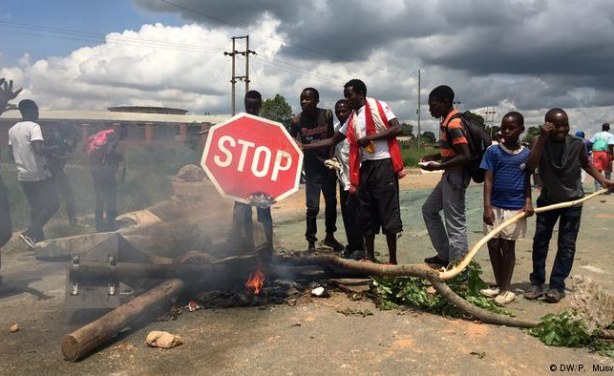 Police were deployed across Harare after protesters blocked a number of roads (file photo).