Cameroon: U.S. and Europe Turn Up the Heat on Govt 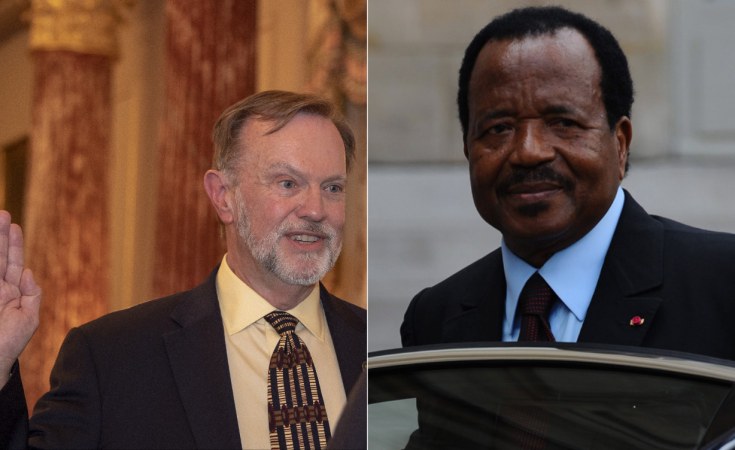 Cape Town — The international community continues to pressure President Paul Biya and his government to respect human rights and address the security crisis in the country. On March 4 and 5, the Donald Trump's Assistant Secretary General for African Affairs Tibor Nagy and Federica Mogherini, high representative of the European Union for Foreign Affairs and Security Policy, said the arrest of Maurice Kamto, the leader of the Movement for the Renaissance of Cameroon, and several of his supporters is politically motivated.

Nagy, currently on an African tour that will take him to the DR Congo , told RFI that the Cameroonian government "must ensure that Maurice Kamto has been arrested and jailed for legitimate reasons. I really think it would be very wise to release him".

"Because, whether true or false, he is perceived to have been incarcerated for his political activities and that is unacceptable. He and his activists must be released". Regarding the situation in the North West and South West, Nagy said that the Cameroonian authorities need to be "more serious in their management of the Anglophone crisis".

He said the "symbolic" actions so far are not enough to solve the crisis.

Mogherini issued a statement: "The arrest and prolonged detention of several leaders of an opposition party, including its leader Maurice Kamto, and a large number of protesters and supporters, as well as the opening of disproportionate proceedings against them in a military tribunal, increases the political tension in Cameroon. The rule of law calls for fair trial and the release of detainees against whom evidence can not be presented."

On the Anglophone crisis, she said: "The persistence of violence and human rights violations in the north-west and south-west regions of Cameroon has resulted in an unacceptable number of casualties and a heavy humanitarian and economic impact.

Regarding hate speech, she said: "The emergence of ethnic-based hate speech by some media and political actors, most recently a member of the government, is an additional cause for concern. The answers to these challenges can only be achieved through an inclusive political dialogue and in a context of respect for fundamental freedoms and the rule of law. This is also the foundation for the partnership between Cameroon and the EU, for the benefit of all Cameroonians. The EU will support any initiative in this direction."

Cameroon's Minister of Communication, who also serves as the government's spokesperson, Emmanuel Rene Sadi, responded to Nagy: "The Government of Cameroon deeply regrets these comments, which not only indicate a lack of knowledge of the issues and facts concerning the arrest of Kamto and many of his supporters, as well as the situation in the North-West and South-West regions."

Sadi said Kamto is in "no way in detention for having exercised political activities".

"They are being tried for among others, insurrection, hostility against the State, rebellion and destruction of public property, both inside the country and in several embassies abroad. He also accuses the the American official of interfering in the Country's domestic issues," he said.

Meanwhile, French language publication La Lettre du Continent is also reporting that Swiss President Ueli Maurer will be visiting Cameroon in March. There is speculation that the purpose is to offer to mediate in the Anglophone crisis.

U.S., EU Agree on Solutions to Cameroon's Crisis - U.S. Official
Tagged:
Copyright © 2019 allAfrica.com. All rights reserved. Distributed by AllAfrica Global Media (allAfrica.com). To contact the copyright holder directly for corrections — or for permission to republish or make other authorized use of this material, click here.