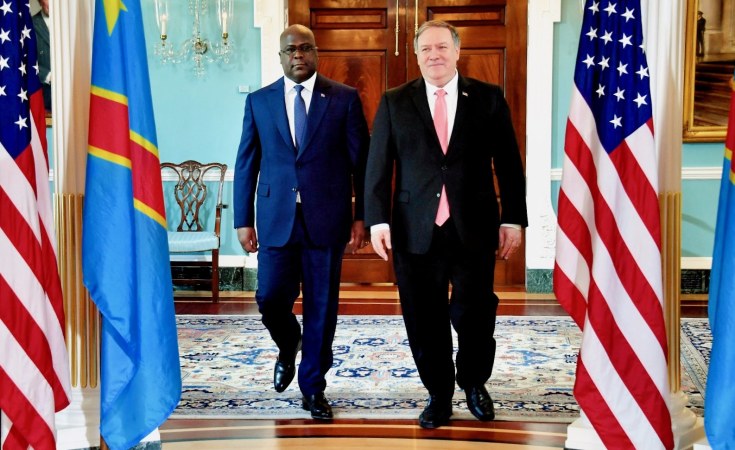 Tshisekedi will also meet other high-level U.S. officials to discuss cooperation efforts between the two countries relating to a range of issues, including efforts to contain the Ebola outbreak in Eastern Congo.

Tshisekedi will also address American business leaders at the U.S. Chamber of Commerce on 3 April. On April 4, he will speak at the Council on Foreign Relations.

Tshisekedi's visit comes as he seeks to distinguish himself from the policy choices and appointments of his predecessor, Joseph Kabila.

Kabila's party, Common Front for the Congo, still holds most of the seats in DRC's Parliament and will be the deciding factor in the appointment of a prime minister, thus having means to retain influence over the government.

Is DR Congo's President Tshisekedi a Lame Duck?
Tagged:
Copyright © 2019 allAfrica.com. All rights reserved. Distributed by AllAfrica Global Media (allAfrica.com). To contact the copyright holder directly for corrections — or for permission to republish or make other authorized use of this material, click here.