Africa: How to Move Towards a More Peaceful Nigeria 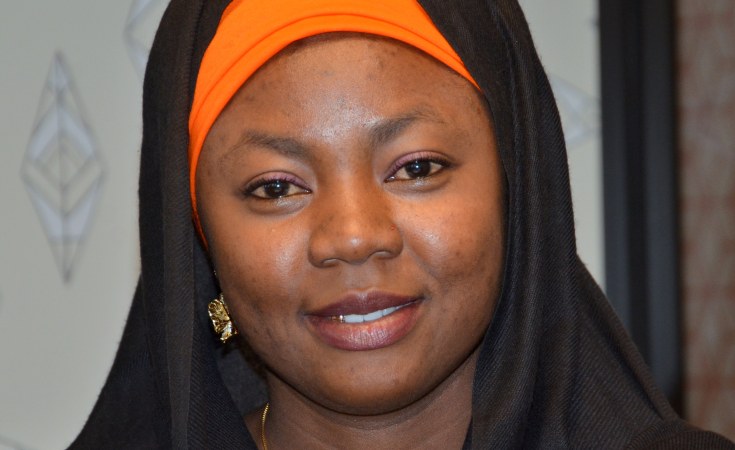 Johannesburg — Fatima Madaki is a young peacebuilder working with Search for Common Ground Nigeria, a non-governmental organization which focuses on peacebuilding in communities where citizens deal with Boko Haram attacks and violence involving Fulani herders and farmers. She speaks with allAfrica.com's Nontobeko Mlambo about the importance of including youth, women and the media in peacebuilding processes.

The role of the youth in peacebuilding

The role that young people play is very critical - more importantly because in most countries going through conflicts or communities affected by conflict like Boko Haram, young people constitute the larger population, so peace processes need to have young people at all stages of engagement from the design, stage, planning stage, implementation as well as evaluation of peace processes to enable youth also see what needs to be improved and other avenue that they can be involved in. Young people should be included in conflict sensitivity and do no harm so that they can understand better the terrain that they live in. Because sometimes when you live in an environment you are clouded by the issues, holding certain bias and you are not able to be effectively sensitive to certain issues.

Where peace agreements are made, the youth need to be part of all the phases of the process. Young people can contribute not just directly on working on the peace processes but other aspects of social development that support the communities in areas like economic and livelihood initiatives, being active on governance issues, basically being inclusive every aspect that drives a community development forward.

Role of media in peacebuilding

The voices of young people can be heard more  by using the media as a key tool to tell the real stories of what they do, what is happening in and around their communities, and also to tell the stories of other people who do not have access to media platforms to tell their stories, however, being mindful of the sensitivities around telling factual stories not  fake news.

I think the role that the international media can play is to support  people  working on the ground to articulate their own issues, share what best practices to peacebuilding processes are and the  innovative ideas, strategies and and practices we have that can  ensure enduring  peace.

I think we are gradually moving away from the overly simplified image of the conflict by media to a critical reporting, digging deeper into the issues to give factual reports . There has been a lot of media engagement to encourage the good work they do, to raise awareness and sensitize on the nuances around the conflict and to build an understanding about how what they report affects peace in communities.

So personally I can say that we are seeing a lot of great improvement. The organisation I work with, Search for Common Ground Nigeria has one major approach we use when it comes to engagement with the media. We work with radio stations to hold programs that raise awareness on issues and we also train journalists on conflict and sensitivity journalism using our Common Ground Journalism Approach. We have seen how it has been effective in transforming how reporting is done, coming up with concrete stories, not just to sell news but to achieve the goal that they are set out for.

President Muhammadu Buhari says his government recorded success in stopping Boko Haram insurgencies in the North East - is this reflected on the ground?

What he may refer to as success may not be what the people in the local communities may receive as success. Personally I am not aware of any assessment of what these intervention has been so I can't categorically see if the objectives have been achieved or not. What I see on the ground is that there is more that needs to be done. More evaluation of all the programs going on, the military in interventions, humanitarian assistance and development assistance. All of that needs to be evaluated to see how effective the structures are and what is the response of the community members who live in these communities, how do they assess all these interventions coming in and also to come up with a more comprehensive plan that ensures collaboration among all sectors and is also sustainable such that when all these interventions pull out the communities can stand on their own and go back to being normal. I think he might have assessed seeing that he was successful in curbing the attacks - yes they are less attacks now - but there are other deeper issues that I think the government needs to look into and work in collaboration with the state and local government officials, and civil society organisations on the ground.

Role of women in peacebuilding

In the North East the role of women has continued to be to some extent marginalised, undervalued or unrecognised . However some pathways have been made where women have been recognised to contribute tremendously to peacebuilding processes. Their influence in the communities has increased because programs have come in and intervened in such a way that isn't allowed them to recognise their agency, recognise their capability and their skills where it is limited. There are other free modes that are being implemented in some parts of the region that has supported, for instance the UN Women Peace and Security 1325, where there was the national action plan developed in certain communities that has helped women also recognise their own role and has also helped them establish collaborations with the male counterparts who usually take leadership positions.

We have had certain instances where traditional councils have recognised that there's never been a time when they have had women sit on the council. So they appointed women leaders in a community so that they can help govern support for women and also bring their issues to the table - not just be in the room but to contribute to conversations that drives development in a country. So I think there's quite some improvement but there is still a lot that can be done to ensure that it's not just about hearing the voices of women but also increasing their agency to act on the issues. And to be able to understand how the role that they play is not to outnumber men but to ensure that those gender issues are addressed, those issues that have to do with men, women and youth are addressed adequately.

I can talk briefly about what my colleagues are working on the farmer-header issue where there's a network called the Forum on Farmer-Herder Relations in Nigeria (FFARN) through consultative meetings to increase knowledge sharing between peacebuilding practitioners and scholars to amen approaches to policies with critical cases of potential or ongoing violent conflict, by translating peacebuilding expertise and evidence from prevention-focused approaches into policy impact, highlighting emerging risks ans seizing opportunities for solutions.  Those meetings are still ongoing so I think one thing that is important is to influence policy because most of these issues go beyond just the stereotypes that are reported. There are deeper issues that touch on the economy and on politics.

I am currently working on a project called Advancing Religious Tolerance where we convene meetings at high level and regional level, bringing together religious leaders, judicial actors, legal practitioners and members of civil society to deepen understanding of issues related to religious freedom of belief and also to find avenues and platforms to change the violent rhetoric or narrative around religious freedom, as well as to start generating evidence for policy advocacy. It's an exciting project for me because it is the first time that we are doing this. There's a lot of learning, consultation and also trying to also test the appeal with communities that we thought wouldn't be open to the project but it has been highly accepted. It is evident that people want to talk about these issues. It is also evident that these are some of the issues that if not addressed now could become more complex conflict issues in the future.