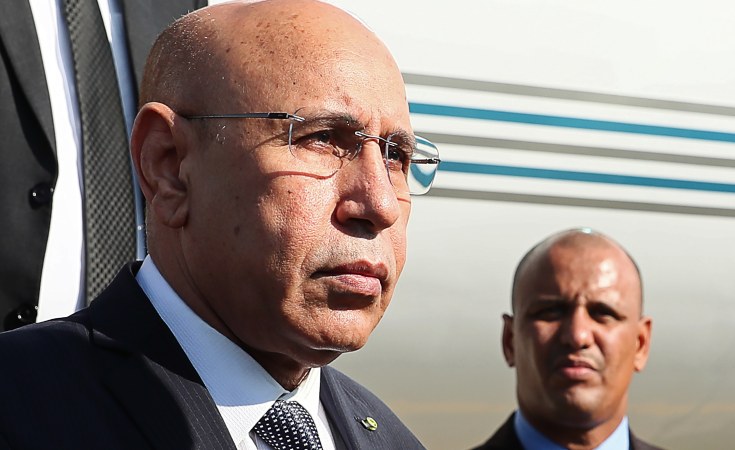 Mauritania President Mohamed Ould Ghazouani announced a new cabinet shuffle on Sunday, in light of the release of a Parliamentary Enquiry report (CEP) into corruption during the previous presidential tenure.

The new government was announced on Sunday, which includes 23 ministers, including eight new ministers.

This move is seen as a way for Ghazouani, who was elected last August, to distance himself from his predecessor, Mohamed Ould Abdelaziz, who hand-picked him to run for the top job.

The report cited mismanagement and corruption by Ould Abdelaziz during his two terms, but also included ministers in the current cabinet.

"The report was devastating and a real watershed moment for Mauritania. It named names. It linked them to specific crimes. And it recommended that the perpetrators be prosecuted," according to a research note by Geoff D. Porter, the head of North Africa Risk Consulting (NARCO), and seen by RFI.

NARCO' s Porter said that Mauritanians were waiting to see if Ghazouani was going to follow up the report with swift action and they were not disappointed.

His PM pick, Ould Bilal, is originally from Keur-Macene, near Senegal, and considered an honest politician, according to Porter.

"In 2013 and 2014, he briefly ran SOMELEC, the state-owned utility, but he ultimately quit because he disagreed with the way in which SOMELEC conducted public tenders," writes Porter.

According to the local press, the 900-page CEP report gives details on a number of alleged cases of corruption, projects worth €1.2 billion, including irregular fishing contracts with Chinese companies, namely fishing company Pully Hong Dong, located in the coastal town of Nouadhibou.

According to the report cited by the local press, the MPs handling the CEP investigation said that the contract was signed in 2010 for a period of 25 to 50 years, and would employ 2,500 people, according to the CEP report. The Chinese company was also to build new factories, including a fishmeal factory, and create new infrastructure.

"None of this has been done," according to the report.

The sale of public land, including parcels that contained public schools in Nouakchott, the capital, are included in the corruption report. Sonimex, public company, which ensured the country's food supply, according to the text of the resolution voted unanimously by the deputies, was also liquidated and is being investigated.

Former president Ould Abdelaziz has refused to meet with the committee that came out with the report.

Democracy is More Than Changing of the Guard
Tagged:
Copyright © 2020 Radio France Internationale. All rights reserved. Distributed by AllAfrica Global Media (allAfrica.com). To contact the copyright holder directly for corrections — or for permission to republish or make other authorized use of this material, click here.