Africa: Gone But Not Forgotten - Remembering the Stars We've Lost in 2020 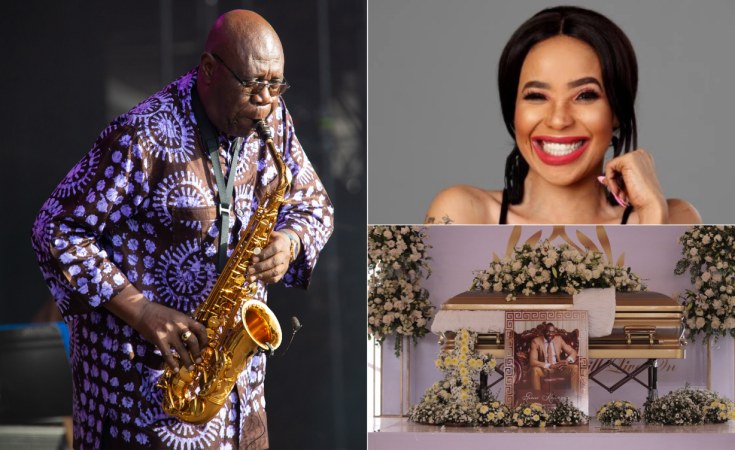 Cape Town — While death is inevitably a part of life, but it doesn't make it any easier for those left behind. This year has been brutal to the entertainment industry as it robbed us of several icons from across the continent in different sectors.

Worse, the novel coronavirus pandemic made the general feeling of grief and loss a constant theme.

Many of our favorites died - from television personalities, well-known actors, socialites, musicians, sporting champions to politicians - and many fans are having a difficult time saying goodbye.

However, their memory will live on. AllAfrica pays tribute to notable celebrities that we lost.

The 86-year-old Cameroonian, best-known for the 1972 hit Soul Makossa, was one of the first African stars to die as a result of Covid-19.

The five-time  Grammy-award winning group Ladysmith Black Mambazo lost its founder Joseph Shabalala. He was 78. His group is known for their vocal harmonies and their traditional Zulu dances.

With a career spanning over six decades, Mary Twala captivated South African households with her incomparable talent. She was 80.

The legendary singer is known for hit songs like Send Down the Rain and So Long for Too Long. He died in his sleep in New York at the age of 57. He had been battling an unspecified illness.

Fuel trader and socialite Genius Kadungure, popularly known as Ginimbi, was killed in a head-on collision. He was 36. His car allegedly veered off the road and smashed into a tree before catching fire. Ginimbi was thrown clear of the vehicle and died at the scene along with three friends - controversial Malawian businessman Limumba Karim, Mozambican model Alicia Adams, and Zimbabwean fitness trainer, Michelle "Moana" Amuli.

Nomasonto Maswanganyi, popularly known as Mshoza, was dubbed the Queen of Kwaito for taking on a male-dominated genre. The 37-year-old was known for her hit song Kortes. Mshoza died of complications from diabetes.

Lazarus Boora, who was the lead in the 1997 Enock Chihombori drama series, Gringo, and died at a Harare hospital, after years of ill health. He was battling intestine obstruction, discomfort in sitting, backache coupled with hearing and talking difficulties. He was 47.

Nikita Pearl Waligwa was a young Ugandan actress who starred in the 2016 Disney film, Queen of Katwe. She died of a brain tumour. The film starred Kenyan actress Lupita Nyong'o as her mother and British-Nigerian actor David Oyelowo as her chess teacher. She was 15.

The late Churchill comedian passed away after years of battling illnesses. Prior to his death, he had been diagnosed with a brain tumour. He was 31.

It goes without saying that 2020 has been a year of tremendous loss with the deaths of a number of other notable celebrities and stars, which include South African diplomat and daughter of late Nelson Mandela, Zindzi Mandela,  Zimbabwean rapper Cal Vin, South African broadcasting legend Bob Mabena, Somalia's legendary King of Oud  Ahmed Ismail Hussein Hudeydi and South African TV personality V-Mash.

They're gone, but will never be forgotten.

10 Other Popular Trends Nigerians Used to 'Catch Cruise' in 2020