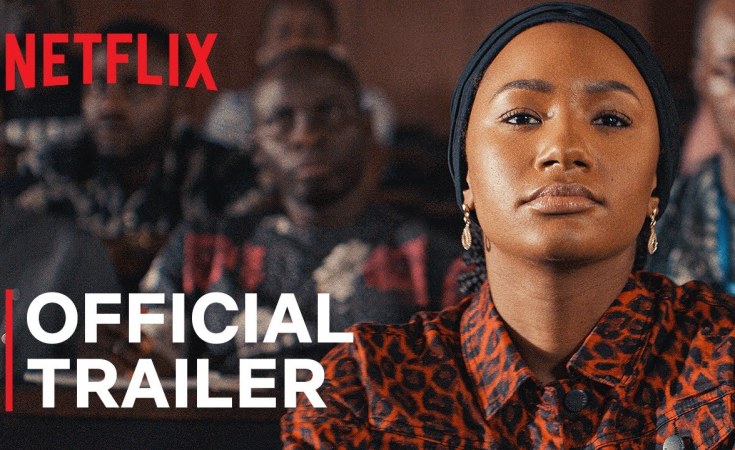 Netflix
Citation movie - A bright student in Nigeria takes on the academic establishment when she reports a popular professor who tried to rape her. Based on real events.
allAfrica.com
By Melody Chironda

Cape Town — Why do some unscrupulous lecturers ask for sexual favors from students for good grades or for other rewards?

And if you refuse the end result is a fail.

Sex for grades is, unfortunately, a sad topic that we've heard about time and time again around the world. The shouts against this kind of abuse of power has been so loud that they regularly feature as plots in Nollywood movies.

And Citation (based on true events) is the latest.

Citation tells the harrowing story of Moremi (Temi Otedola) who finds herself in front of a panel as she narrates what transpired between her and professor Lucien N'Dyare (Jimmy Jean-Louis) through a series of flashbacks.

Yet as Moremi shares her story with the panel as N'Dyare's educated status and credentials are listed, it is sadly her credibility that comes into question.

This happens to many victims of such assault and they often fear speaking out and choose to remain quiet due to fear of stigmatization and possible intimidation, leaving their stories and justice in the wind.

The movie aims to open the door for a conversation about a topic that shows how rape culture has been normalized due to oppressive assumptions related to gender and sexuality to which many turn a blind eye.

Nigeria has a longstanding culture of sexual attacks for grades, sexual assault, and illicit sexual relations encouraged and facilitated by university lecturers.

When sexual harassment at universities is reported, they are almost always dismissed due to "lack of evidence" leaving students vulnerable and unprotected. In some cases, young women are forced to keep repeating classes if they don't agree to sexual assault by their lecturers. And even if the reporting is followed up - he might get sacked or simply move to another institution - and the beat goes on.

The 2019 BBC Africa Eye documentary put a spotlight on the history of sexual harassment taking place in tertiary institutions in Ghana and Lagos, Nigeria.

In the year-long investigation, undercover reporters posed as students and revealed how female students were blackmailed and sexually harassed by male lecturers in exchange for better grades and mentorship.

We saw disturbing cases of first-hand accounts from young girls being coerced into exchanging sexual favors for good grades by their lecturers. The lecturers targeted mostly vulnerable female students - those struggling with studies, seeking admission, or in search of mentors.

Following the release of the documentary, action was taken and the Sex for Marks Bill was re-introduced in 2019.

The bill proposes to criminalize any form of sexual advances by lecturers towards students, with a punishment of up to 14 years in jail, or 5 years at the minimum – without the option of a fine.

The bill defined grabbing, hugging, kissing, stroking, rubbing, touching, and pinching any part of a student's body as sexual offences. In addition, vice-chancellors and counselors who fail to report or alleviate sexual assault complaints within a week of reporting by students will face a two-year jail sentence.

This is not the first time that such a bill was proposed. In 2016, a similar legislation called the Sexual Harassment Bill proposed a five-year jail term for defaulters. The bill was rejected by the two houses of parliament because it reportedly did not cover sexual harassment in the workplace and also included a defense for consent.