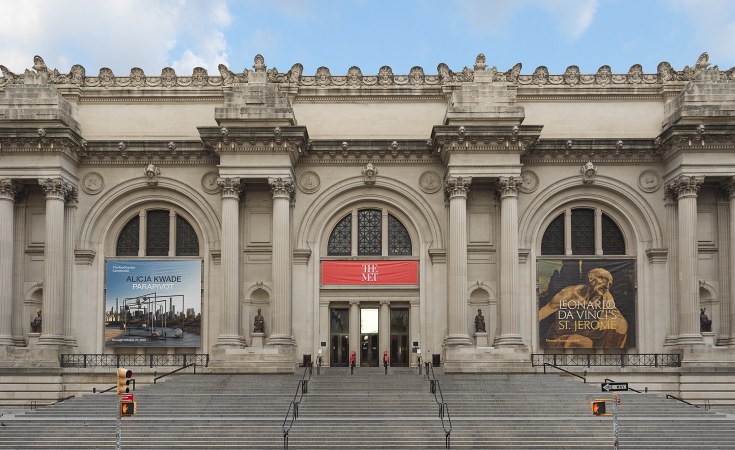 New York federal agents have seized 27 looted antiquities worth more than U.S.$13 million from New York's Metropolitan Museum of Art and they will now be returned to Italy and Egypt.

According to Smithsonian Magazine, a terra-cotta drinking cup from 490 B.C.E., a marble head of the Greek goddess Athena and painted linen fragments are among the artefacts that will be returned to their countries of origin - 21 to Italy; six to Egypt - in upcoming repatriation ceremonies.

The antiquities were collected from the museum under three separate search warrants over the last six months.

According to a report first published by the International Consortium of Investigative Journalists, the Manhattan district attorney's office had obtained nine search warrants since 2016, and six in 2022 alone, stating that The Met possessed nearly 30 illegally looted artefacts in its permanent collection.

According to the Manhattan district attorney's office, the terra-cotta drinking cup, called a kylix, is valued at U.S.$1.2 million. The Met purchased it in 1979 from a gallery run by Italy's Gianfranco Becchina, who began dealing with antiquities in the 1970s and was first investigated by the Italian government for illegal practices in 2001. In total, eight of the objects seized from the Met were acquired directly from Becchina.

The New York Times reported that "the confiscation also highlight heightened law enforcement efforts against the illegal sale of ancient relics, whose thefts are increasingly being traced to looting gangs and dealers from South Asia to the Mediterranean. The authorities have warned that many more objects with illicit origins remain in the hands of private collectors and museums.

In 2021, the MET returned three African art objects,  including a pair of 16th-century Benin brass plaques to Nigeria.

The investigation is part of a larger repatriation effort happening around the world to return looted artefacts back to their country of origin. The return of artefacts that were looted in the colonial era has become an increasingly pressing issue for Western nations, with France and Germany taking the lead in the repatriation of Benin Bronzes. Thousands of treasures, sculptures, and other artworks - many of them dating from the 16th to the 18th centuries - were looted by British colonists who attacked and occupied Benin City at the end of the 19th century. Priceless artefacts taken from African nations during Germany's colonial period will be permanently returned. After a century of restitution claims, Germany is transferring ownership of 1,130 bronzes to Nigeria, a ground breaking step in the return of looted art.