If proposed electoral reforms are not implemented, analysts have warned that the country's next presidential and local elections may be held amid tensions. 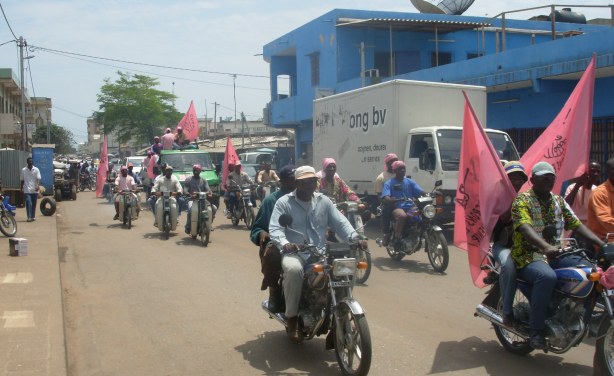 An opposition rally in the capital, Lome (file photo).