Today (August 16, 2018)  is the sixth anniversary of the 2012 Marikana massacre in South Africa's North West Province, in which 34 miners were killed by the police. Organisations such as Amnesty International have long called on the South African government to ensure that all those suspected of criminal responsibility for the killings are prosecuted, writes Mia Swart in The Conversation. 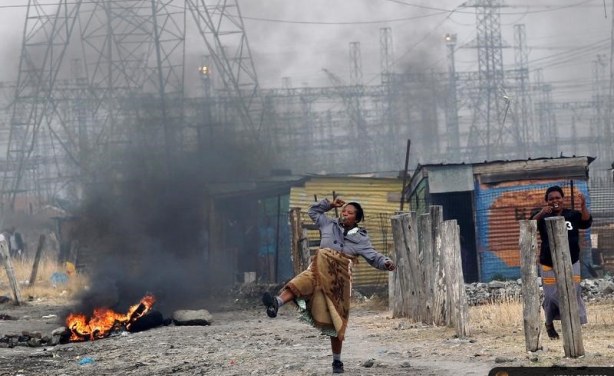 A woman protests at Lonmin's Marikana mine.