South Africa to Use G20 Summit to Boost Interests of Continent

Led by President Cyril Ramaphosa, a South African delegation has arrived in Buenos Aires, Argentina, for the G20 Summit, which takes place from 30 November to 1 December 2018. It is Ramaphosa's first summit. Rwandan President Paul Kagame, chairperson of the African Union, is also attending. 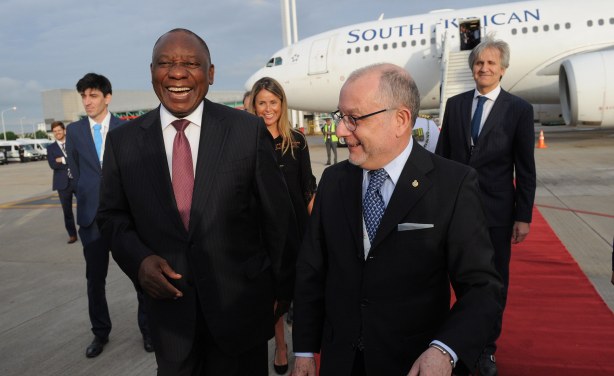 President Cyril Ramaphosa arrives in Argentina for the G20 Summit.