Former officials of the Central Bank of Liberia, including Charles Sirleaf, son of the former president Ellen Johnson-Sirleaf, were arraigned in a Monrovia court for economic sabotage, criminal conspiracy, criminal facilitation and money laundering. The suspects pleaded not guilty but were denied bail by the court. 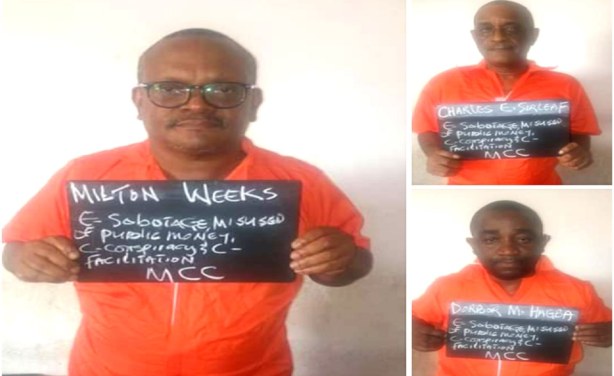