South African President Cyril Ramaphosa has called on men in the country to end the scourge of violence against women and children - and has said that no amount of anger and frustration can justify acts of destruction and criminality. In a much-anticipated speech to the nation on Thursday, Ramaphosa reacted to protests against gender-based violence and to xenophobic attacks in parts of Gauteng. 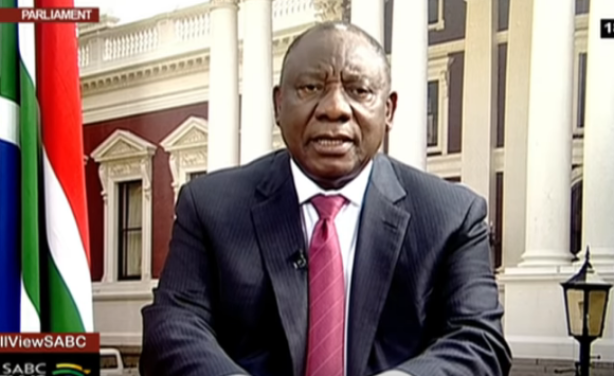 President Cyril Ramaphosa addressed the nation in a televised address on September 5, 2019.