Since 2008, there have been numerous outbreaks of violence against refugees, migrants and asylum-seekers in South Africa. In some cases, xenophobia has been fuelled by rhetoric from the authorities like former health minister, Aaron Motsoaledi, who accused "foreign" nationals of burdening the country's health system and mayor of Johannesburg, Herman Mashaba, who said foreign nationals in Johannesburg were "criminals" who had hijacked the city, writes Amnesty International. 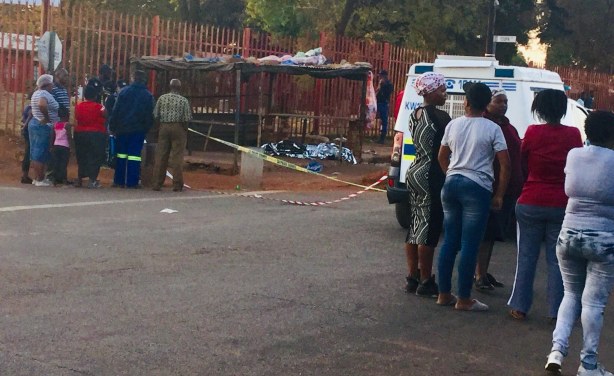 Crime scene in White City Section of Kwathema township. “It is alleged that a group of people wanted to attack a shop owned by a foreign national. The landlord came out to rescue the shop owner. He warned and threatened the group of people that were outside his yard. A fight ensued when he saw that he was overpowered he took out his licensed firearm and started shooting randomly. The 35-year-old suspect was traced, arrested and detained at Kwathema SAPS,” said a police statement.