Striking Zimbabwean doctors defied a government ultimatum to return to work, after rejecting a 60% pay rise offer they say is not enough to keep up with soaring prices of basic goods. The southern African nation's economy is grappling with its worst crisis in a decade, with triple-digit inflation, rolling power cuts and shortages of health medicine and fuel, reviving memories of 2008's hyper-inflation under late president Robert Mugabe. 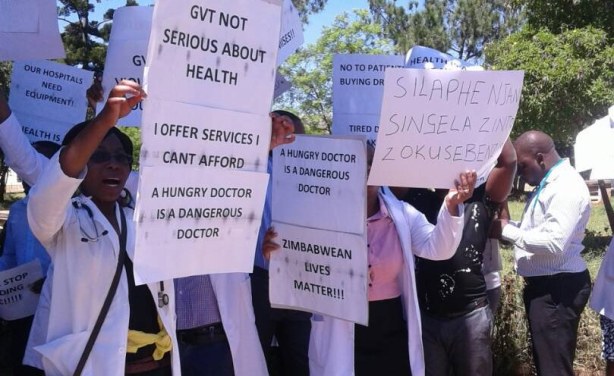