Oscar-winning actress Kenyan Lupita Nyong'o says she has no intention of eventually following her father, Kisumu Governor Anyang' Nyong'o, into politics. While promoting her children's book, Sulwe in a BBC interview, she talks about how she grew up "feeling uncomfortable with her skin colour because she felt the world awarded lighter skin." 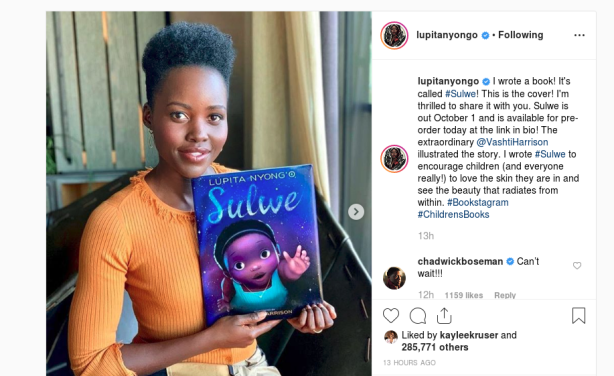