Ugandan President Yoweri Museveni has visited the Kibuye and Katwe settlements in the capital Kampala to meet with ghetto youth and commission the ruling party National Resistance Movement (NRM) youth camp office, a move MP Robert Kyagulanyi, weel known as Bobi Winehas has slammed saying the president's visit was now appealing for support after impoverishing the ghetto, describing the Mr Museveni as "scared and desperate. "The president also launched a savings and loan initiative for the youths living in the two slums. 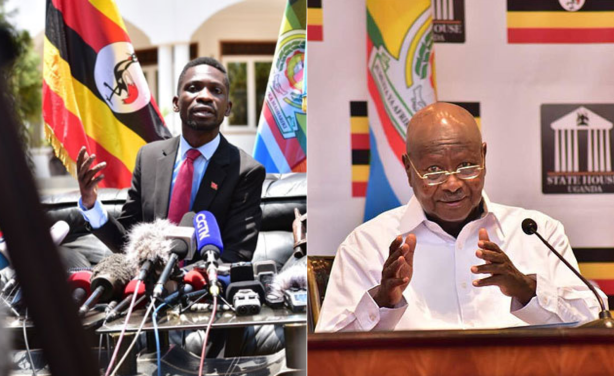