After the kidnapping of the main opposition leader Soumaïla Cissé and the nation's first COVID-19 death, many thought Mali's long-awaited elections might be delayed again. But the war-torn West African country went to the polls on March 29, 2020. 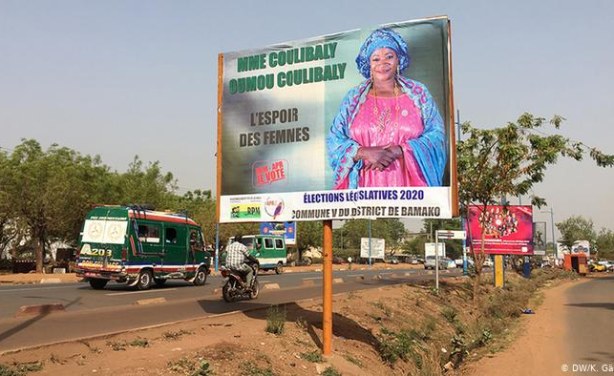 A campaign billboard on a busy street in Bamako, Mali (DW/)