While the northeast insurrection is obviously the most prominent, the post-colonial Nigerian state is arguably unraveling in all parts of the country: shilla boys, secessionists, bandits, highwaymen, vigilantes, kidnappers, jihadists, bank robbers, terrorists all presided over by a rent-seeking political class of parasites and predators voraciously looting the public weal and abusing their trust. Safe behind their high walls and protected by the security forces, they remain oblivious to the lived experience of the vast majority of Nigerians. Bountifully endowed with human capital, an enormous internal market, fecund land, and multiple natural resources, Nigerians should be prosperous. Instead, they are desperate and ruled by a political class which has squandered the national patrimony through decades of feckless governance", writes William Hansen for The Conversation. 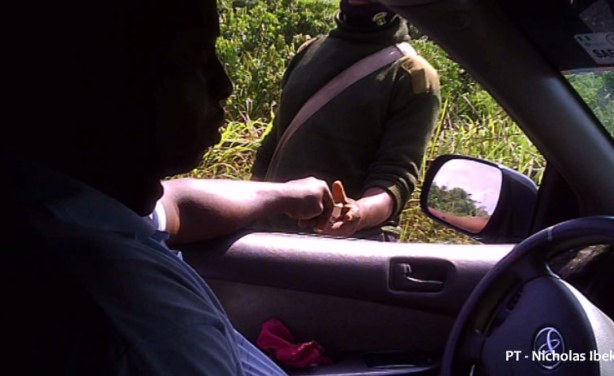 A Nigerian policeman collecting a bribe.