Professor Mariz Tadros, who researches the relationship between heritage and sustainable development, highlights reports that soldiers in Tigray have engaged in widespread looting, including of religious heritage sites, in the holy city of Axum and more widely in the region. In its most extreme form, she points out, this is known in international law as cultural genocide, aimed at erasing people's attachment to the land, uprooting them not only physically, but psychologically. 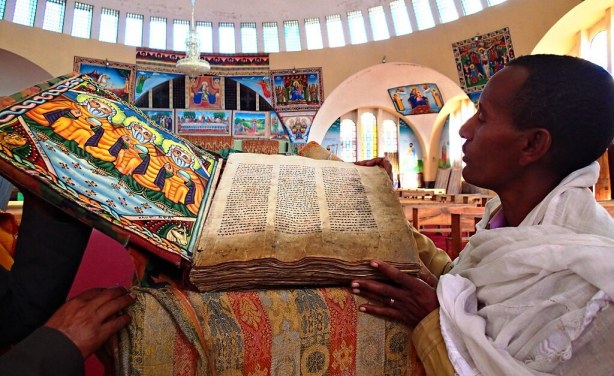 At the Church of St Mary of Zion in Axum, Tigray region of Ethiopia.