Sudan's transitional government is under fire after security forces killed two people when they used live ammunition to disperse people marking the two-year anniversary of a bloody pro-democracy protest. Voice of America reports that on June 3, 2019, soldiers opened fire on demonstrators who had surrounded military headquarters in Khartoum, killing more than 100 people. On May 11, 2021, relatives of the victims gathered around military headquarters in the capital to remember those killed. Hours after the 2021 gathering, security troops fired live ammunition to disperse remaining protesters, killing two people and injuring many more. Sudan's military has denied any connection to the attack and says it did not issue instructions to use live ammunition. The military said it will open an investigation.

The transitional government came to power in 2019 after generals ousted longtime president Omar al-Bashir following months of mass protests against his rule. 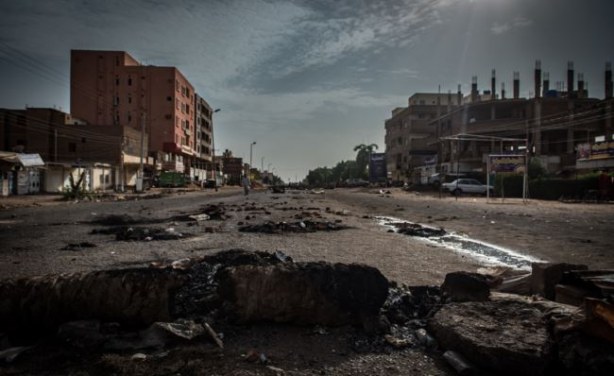 Roadblocks set up in 2019 to protest the June 2 massacre of at least 60 civilians in Khartoum, Sudan (file photo).