Uganda and Kenyan officials have met to thrash out operational details in their push for the rehabilitation and seamless connection of the old metre gauge railway line, while eyeing DR Congo and South Sudan markets. Kenya, which is revamping its metre gauge railway line from Naivasha to Malaba, wants a reliable mode of transport for onward transit of cargo, particularly from the Naivasha inland container depot. Besides putting its logistics infrastructure to use, Kenya is also eyeing the U.S.$92.3 million DR Congo for its manufactured goods, and is apparently keen to see a link with Uganda finalised in the shortest time possible. Kenya's Transport Secretary James Macharia has said that the country has contracted China Roads and Bridge Corporation to rehabilitate the Longonot- Malaba line. He said that Uganda has to do the same to complete the project. These developments coincide with the approval by Uganda's parliament, of a U.S.$368.9 million loan to rehabilitate the metre gauge railway, which officials say once all components are fully revamped, would constitute a significant part of Uganda's infrastructure diplomacy in the Great Lakes Region. 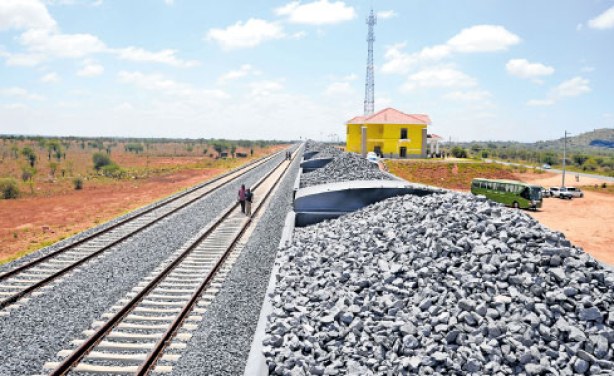